Closing a claim is an insurance adjuster’s primary goal for any file that crosses his or her desk. The insurance industry expects no less, either. Insurers and policyholders alike want a claim assigned, investigated, and closed as fast as possible. When claims linger, customers grow frustrated and retention rates decline.

However, many adjusters seem to struggle with closing claims rapidly. One reason is that some adjusters have an employee mentality over an ownership mentality. There are several legitimate reasons that can stall a claim such as an insured client not providing information or an outside service 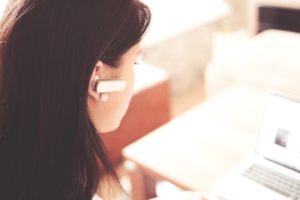 such as an auto repair facility not communicating well. Adjusters with an employee mentality will wait for the information to come to them. Adjusters that take ownership of their claims will seek out that information for faster claims resolution.

Give up the Myth of Multitasking

A common trend on job applications is to include “excellent multitasking skills.” However, multitasking as an adjuster can lead to errors as well as bring workflow to a halt. For example, when adjusters try to gather data following first notice of loss (FNOL) for multiple claims at once, they run the risk of mixing up claims or recording incorrect information. This will require more time later on to undo the mistakes in order to close the claim.

Instead, adjusters should give single-tasking a try, which is focusing on bringing one task to completion before moving onto the next without distractions. This means:

Making these two changes can do wonders for improving insurance adjusters’ workflow and time to resolution for claims. Of course, a vital aspect of ensuring that claims process in a timely manner is excellent FNOL intake. FNOL represents the single greatest opportunity to secure a customer’s satisfaction as well give the claim a favorable start. Contact the experts at Actec to learn how we can improve your claims process.